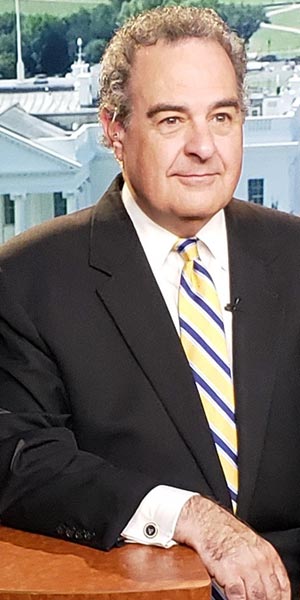 Mr. Faulkner advises corporations and governments on how to save billions of dollars by achieving dramatic and sustainable cost reductions while improving operational and service excellence. He is considered an expert on bringing successful business practices into government.

His articles on leadership & management reform are published in Newsmax, The New York Times, The New York Daily News, The Washington Times, The Washington Examiner, The Hill, Politico, Roll Call, and History News Network. He has appeared on ABC-Australia, Bloomberg, CBS, CNN, CSPAN, FOX, NPR, PBS, VOA, and talk radio. He is the author of the critically acclaimed bestselling memoir, "Naked Emperors".

He was the first Chief Administrative Officer of the U.S. House of Representatives. His business-based reforms rebuilt the integrity of House operations and generated sustained savings of $4.5 billion. These reforms became a model for the operation of 44 national parliaments around the world and were named one of the Top 100 Innovations in American Government by the Ford Foundation and Harvard University.

Earlier, Mr. Faulkner was Director of Personnel for the Reagan Campaign and served on the Presidential Transition and the White House Staff. He held executive positions at the Federal Aviation Administration, the General Services Administration, and the Peace Corps. His public sector accomplishments are recognized with 26 management awards and four letters of commendation from the President of the United States.

Mr. Faulkner earned a Master's Degree in Public Administration from American University and a Bachelor's Degree in Government from Lawrence University. He studied at the London School of Economics and Georgetown University. He serves as an advisor on Executive Programs for the Robert H. Smith School of Business at the University of Maryland and is a member of their Center for Leadership Innovation and Change. He is the Vice President of Shepherd University's George Washington Institute of Living Ethics.